NO MORE VICTIMS! It's time to wake up!

"Whether we know it, or not, most of us react to life as vic­tims. When­ever we refuse to take respon­si­bil­ity for our­selves, we are uncon­sciously choos­ing to react as vic­tim. This inevitably cre­ates feel­ings of anger, fear, guilt or inad­e­quacy and leaves us feel­ing betrayed, or taken advan­tage of by others".

Therefore, most Lebanese search for a savior and they think that that savior is: 'a powerful man' (no women allowed), the clan, the party, the tribe (with its 'armed wing'), Western or Eastern governments, the sectarian community, etc.

As I see it (refer to my last post Lebanon a Mental Health Institution that lost its patients), most Lebanese are trapped in the Drama Triangle (refer to Karpman) both on individual and collective levels. This triangle is a model of dysfunctional social interaction. Each point represents a common and ineffective response to conflict, one more likely to prolong disharmony than to end it. Participants in a drama triangle create misery for themselves and others. The victim triangle is a 'shame generator' because through it we unconsciously re-enact painful life themes that create shame. This has the effect of reinforcing old, painful beliefs that keep us stuck in a limited version of reality.

"Victims are helpless and hopeless. They deny responsibility for their negative circumstances, and deny possession of the power to change them. They do less than 50%, won’t take a stand, act “super-sensitive”, wanting kid glove treatment, and pretend impotence and incompetence.

Rescuers or saviors are constantly applying short-term repairs to a Victim’s problems, while neglecting their own needs. They are always working hard to “help” other people. They are harried, tired, and often have physical complaints. They are usually angry underneath and may be a loud or quiet martyr in style. They use guilt to get their way.

Persecutors blame the Victims and criticize the enabling behavior of Rescuers, without providing guidance, assistance or a solution to the underlying problem. They are critical and unpleasant and good at finding fault. They often feel inadequate underneath. They control with threats, order, and rigidity. They can be loud or quiet in style and sometimes be a bully.

Players sometimes alternate or “switch” roles during the course of a game. For example, a Rescuer pushed too far by a Persecutor will switch to the role of Victim or counter-Persecutor.Victims depend on a savior, Rescuers yearn for a basket case and Persecutors need a scapegoat".

While a healthy person (and society) will perform in each of these roles occasionally, pathological role-players actively avoid leaving the familiar and comfortable environment of the game. Thus, if no recent misfortune has befallen them or their loved ones, they will often create one. In each case, the drama triangle is an instrument of destruction. The only way to “escape” the Drama Triangle is to function as an “adult” and not participate in the game. Thus, it begins with becoming conscious of these dynamics in order to transform them. And unless we transform them, we cannot move forward on our journey to re-claiming well-being on all levels. We are never victims, except by choice! It's time to know where we stand as Lebanese and be willing to negotiate boundaries when necessary. It's not about being in control or manipulating outcomes. It's time to learn to look closely at our motives with an attitude of curiosity and the desire for deeper self-understanding. We will have a better chance of being based in truth rather than drama. Our challenge is to stay in touch with our truth and allow others the right to have their story. These stories do not have to match for us to be happy.

In real­ity, how oth­ers see us is not our con­cern. How we see our­selves is what can bring us trans­for­ma­tion. As we lib­er­ate our­selves through self-responsibility and truth telling, we trans­form our lives.

LEBANON, A MENTAL HEALTH INSTITUTION THAT LOST ITS PATIENTS 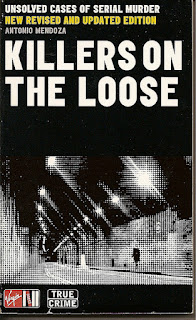 I always refer in my university courses ‘Religion and Politics in Lebanon’ and ‘Religious Pluralism and Dialogue in the Middle East’ to the late Lebanese psychiatrist Adnan Houballah and his famous book ‘The Virus of Violence’ (Le Virus de la Violence, 1998): Lebanese infected with the virus of violence. Still, a virus = external cause, even if it evolves in the body/mutates. As I see it, internal causes are much more important. Many Lebanese could be defined as mentally sick. Mental illnesses are medical conditions that disrupt individuals’ thinking, feeling, mood, ability to relate to others and ‘normal’ functioning. Depression, schizophrenia, bipolar disorder, obsessive compulsive disorder, panic disorder, post traumatic stress disorder, borderline personality disorder, etc. Mental illnesses are also defined as psychological patterns which are not considered part of normal development of a person’s culture – unless Lebanese culture = chaos and violence = normality. Violence in this case would be endemic.

Following a survey conducted by Doctors Without Borders/Médecins Sans Frontières (MSF) in 2009, the results were quite revealing: a staggering 49% of the population had experienced war-related trauma of some kind and 17% of the population meets the criteria for having a serious mental health disorder. According to MSF, “Despite the high number of mental health problems, very few people in need of mental health support in Lebanon are actually receiving it. This is due to a range of factors—a lack of services and qualified staff, cost of counseling and the fact that existing services mainly target children. The largest inhibition to consult mental health professionals, however, is fear of being dishonored for having a mental disorder”. And, “the lifetime prevalence of any mood disorder in Lebanon is more than 1•5 times that of Iraq, and that fewer than half of those with a lifetime mood disorder have obtained treatment”.

A report published by L.M. Chahine and Z. Chemali in 2009 (“Mental health care in Lebanon: policy, plans and programmes”, La Revue de Santé de la Méditerranée orientale, Vol. 15, N° 6) states : « Two decades of civil war in Lebanon in the last century affected the mental health of the majority of Lebanese people. Since the end of the war in 1991, sporadic bouts of violence, particularly bombings in civilian areas, and political and economic instability have continued to instil a sense of fear, anxiety and insecurity ». “A survey conducted in the Greater Beirut area in the early 1990s of 2220 children aged 3–16 years revealed that 96% of them had been exposed to at least 1 traumatic event [7]. Children exposed to such traumatic events exhibited a variety of behavioural and affective symptoms including nervousness, aggressiveness, symptoms of post­traumatic stress disorder, and depressive symptoms [8,9]. The 1­year prevalence for major depression and post­traumatic stress disorder were 33.3% and 10.3% respectively in 1991, 1 year after the end of the war [10]. Lebanon was found to have the 4th highest prevalence of any mental disorder among 15 countries surveyed. In 2002–03, the 12­month prevalence of mood and anxiety disorders in a Lebanese sample was 6.6% and 11.2% respectively [11]. Unfortunately, only 3.7% of subjects and only 14.6% of those with severe mental disorders received treatment, the lowest rates among 15 countries [11]. Other studies have confirmed that only a minority of Lebanese people with mental disorders receive appropriate treatment [12]. In addition, a recent study has shown psychological distress is highly prevalent among Lebanese women [13]”.

According to a report of the assessment of the mental health system in Lebanon using the World Health Organization - Assessment Instrument for Mental Health Systems (WHO-AIMS, 2010), “ There is no mental health policy or plan present in the country. However, an essential medicines list is present in the country and includes at least one medicine in the following categories: Antipsychotics , Anxiolytics , Antidepressants , Mood stabilizers , Antiepileptic drugs. There is no emergency/disaster preparedness plan for mental health”. Also : “Lebanon is a small country which has suffered from various wars and political conflicts throughout its history. Consequently a considerable number of Lebanese people have been exposed to war-related traumatic events at some point in their lives. Many display symptoms of mental disorders - mainly anxiety and mood disorder as per the latest local study. Unfortunately, the number of individuals with mental disorders not receiving a treatment is considerably high - 9 out of 10. Moreover, more than 90% of MH services are provided by the private sector & therefore paid out-of pocket by service users”.

What to conclude? Imagine yourself in a mental health institution that forgot (or did it on purpose) to lock the doors and treat its patients… Direct result? Sick people on the loose!
Posted by Dr. Pamela Chrabieh at 8/16/2012 5 comments: