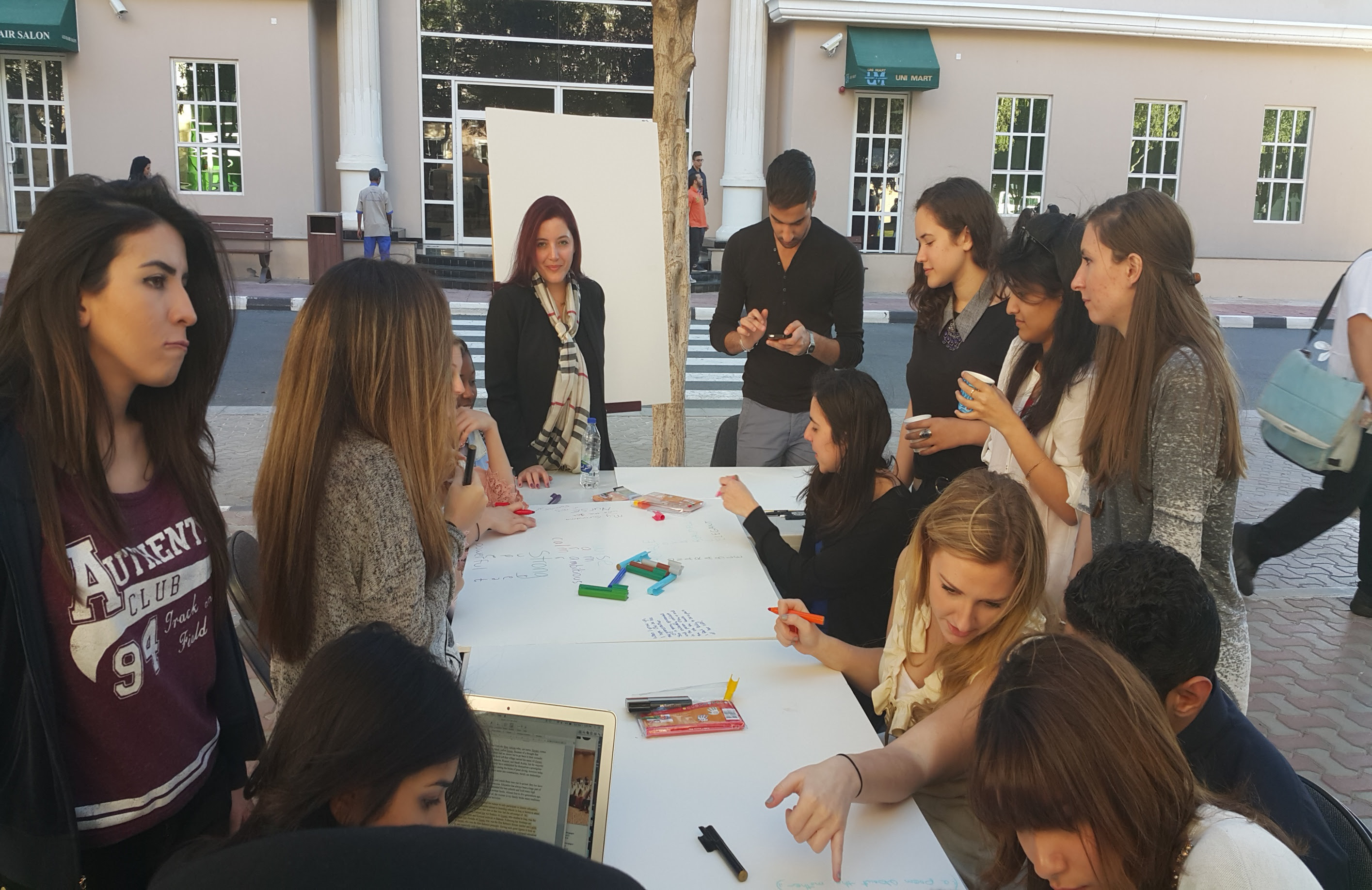 With my “MEST-353 Women and Gender in the Middle East” students. For the International Women’s Day, American University in Dubai (March 1st, 2015).
Writing history – and defining our identity, individually and collectively – is linked to memory and memorialization, which never seem to be complete. Someone is always forgotten. Pieces of the puzzle are always missing. I tend to agree with Napoleon or whoever said “History is but a fable agreed upon”.
In the history – or the fable – of our families and nations, women tend to be left out, unrecalled: their contributions, achievements and legacy, the simple fact that they existed, gave and received, rejoiced and made others happy, suffered and made others suffer, survived, lived and died.
The search for the lost and broken pieces that include places, people, stories and names, and the writing of traces and of extinction are complex processes of displacements, troubling discrepancies, vacuums, fragility and struggles toward meaning. It is like Eten Adnan writes in her poem ‘To be in a time of war’:  “To search one’s memory for the past’s residues. To indulge in insomnia. […] To transform matter into spirit. To cross the threshold. To abolish all signs, then go after them. To decode the future. To rust. To wonder how to digest defeat instead of vomiting it in the middle of the night, and go back to one’s bed and pull up the covers”.
It is a particular bravery, in a sea of the most unpredictable, when we seek to unveil the veiled, think the unthinkable, speak the unspoken, endure upheavals, and preserve what we have rather than see it destroyed; when we look for the possibility for the realization of our humanity through the benevolent force of memory that shines its light on what was/still is consigned to oblivion. This memory, the memory of the unremembered, of women’s voices and silences, of the interlaced emotional and historical vectors that structure human relations, helps us understand the obscenity of oppressive social/cultural norms and deconstruct discourses of control . 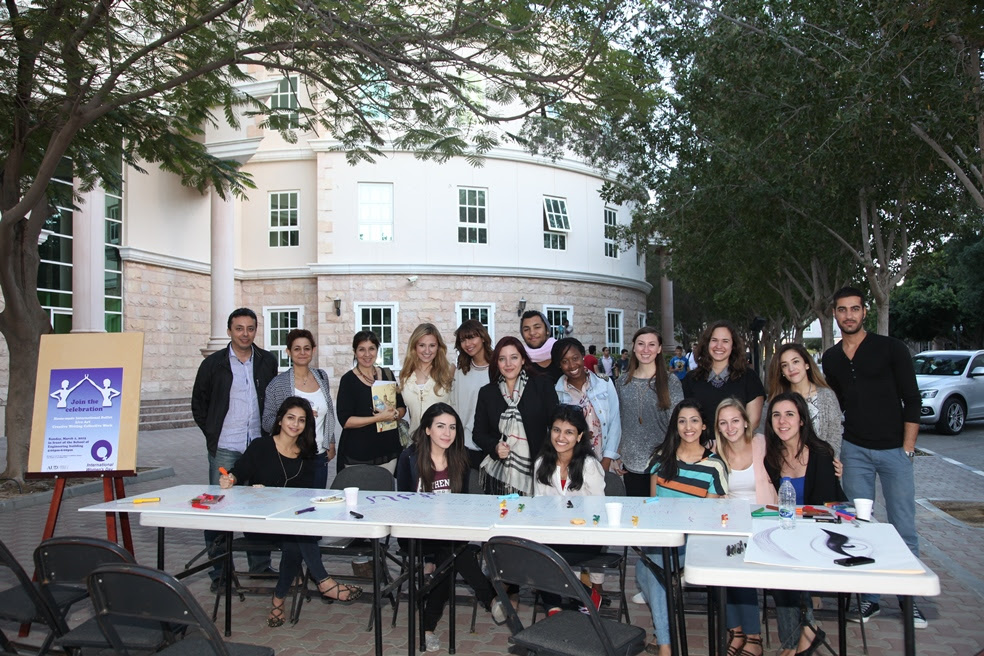 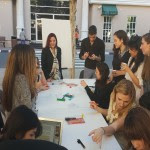 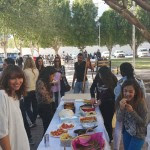 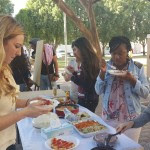 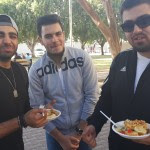 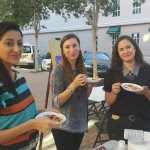 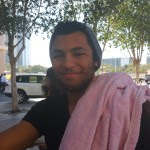 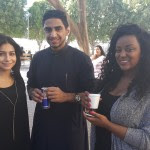 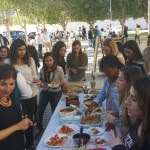 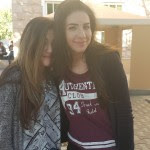 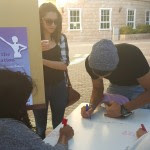 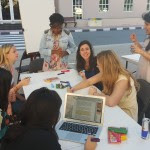 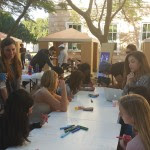 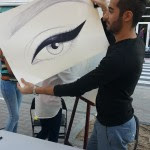 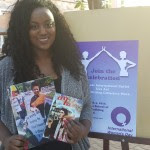 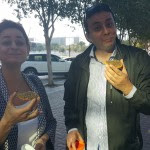 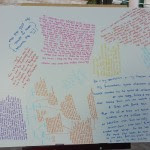 Students’ Stories and Quotes about the Women in their Families 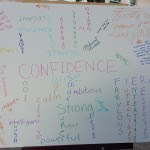 Students quotes about the women in their families 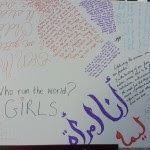 Students’ quotes and poems about the women in their families 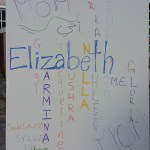 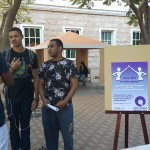 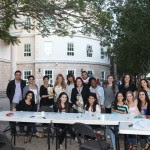 Annually on 8 March, thousands of events are held throughout the world to inspire women and call for greater equality. A global web of rich and diverse local activities connects women from different countries ranging from political rallies, business conferences, government activities, to women’s craft markets, theatric performances, fashion parades and more.
This year’s International Women’s Day theme is ‘Make it Happen: Celebrate Women’s Achievements’. In the memorialization process of our countries, women tend to be left out, unrecalled. “Her-stories” are usually locked away in the historical dustbin. In that sense, my MEST-353 ‘Women and Gender in the Middle East’ students and I decided to make a difference by thinking globally and acting locally. We organized an event that celebrates the women in our families and raises awareness about the roles of women in intergenerational transmission and as active subjects of history. Students prepared home-made food with their mothers and grand-mothers, wrote short stories about them, created quotes and artistically expressed the legacy of these women, by considering both commonalities and differences across cultures and appreciating women’s diverse approaches to living and fostering change.
LINK TO THE INTERNATIONAL WOMEN’S OFFICIAL PAGE OF THIS EVENT:
http://www1.internationalwomensday.com/pamelachrabieh#.VPP2MCzKHU3
ALSO PUBLISHED HERE:
http://www.redlipshighheels.com/celebrating-women-in-our-families-2/
Posted by Dr. Pamela Chrabieh at 3/02/2015 4 comments: