A Revolution of Mentalities in the Arab World? 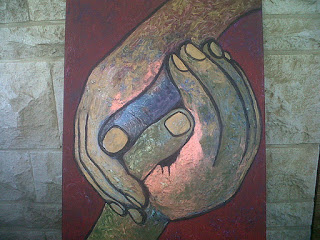 Am I denying what is defined as the 'Arab Spring'? In a way, definitely! Especially following the Tunisian and Egyptian recent elections (Autumn 2011). There are individuals and groups of activists who are truly fighting for equality, justice, conviviality and pluralistic nations... Unfortunately, a minority in a sea of fundamentalism and extremism.

Changing the political regime isn't the solution to a nation's crisis. A revolution must happen in mentalities,  world-views or ethos ('visions du monde') and in practices. How can it be possible when a 'certificate' of doctrinal allegiance takes the place of a genuine 'diploma' of culture? How can the development of audacious and autonomous minds not be impeded by the pressures of ignorance and hatred? 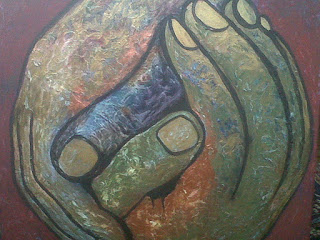 A vibrant intellectual and political intelligentsia is a must... However, it easily collapses when it seeks power and uses the same techniques/approaches as the 'oppressors'. It disintegrates when it is not founded on sustainable basis. Its influence fades when its core message isn't properly shared.

The revolution of mentalities is not essentially a political phenomenon, but a spiritual and psychological one, though its field of expression and its fundamental instrument is political action. When it occurs, individuals are capable of remodeling societies. They become agents or bearers of a better future, without considering themselves to be above all judgement by present or past humanity - or being accountable only to the 'court of History'.

The revolution of mentalities doesn't mean a totalitarian and universally expansive phenomenon. It doesn't intend to submit all aspects of human life to its power. It doesn't only mean 'coming out of the status quo to a better or worst status'. It isn't only 'the change that a people can make through its tools such as the armed forces or through some historical characters so as to meet the ambitions of changing a regime incapable of meeting these ambitions'. It aims at a progressive change in visions, practices and relational dynamics while recognizing  the plurality of differences within a nation; it aims at building bridges in order to implement unity in diversity.

Hello Dr. Thank you for sharing your work with us. Always delighted to read and watch!

I am pessimistic about the current situation in Lebanon and the Middle East. No signs of peace...

Hello Rima. Thank you for your comment. There are initiatives of peace, but punctual and on micro levels.

I really like this art work. Nice :) And you did a really nice job with your blog. Great content and analysis.

I am more and more convinced of the urgency of changing mentalities, especially those working on a 'ghetto' mode!

I am very happy to discover your web site on the web as it represents a great value for me and my family members.

Thank you :) Glad you enjoy it!