Where is Lebanon in World’s university ranking? 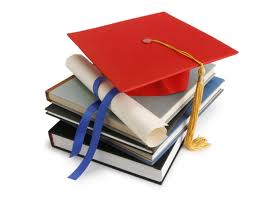 In the field of education, most Middle East societies, including the Lebanese, are sitting atop a volcano.

According to the Times Higher Education World University Rankings 2012-2013 powered by Thomson Reuters - which are the only global university performance tables to judge world class universities across all of their core missions (teaching, research, knowledge transfer and international outlook), employing 13 carefully calibrated performance indicators to provide the most comprehensive and balanced comparisons available, which are trusted by students, academics, university leaders, industry and governments -, the American University of Beirut is ranked 87 in Asia (Asia University Rankings 2013 Top 100).

According to University Ranking by Academic Performance (URAP) 2012 – Research Laboratory established at Informatics Institute of Middle East Technical University in 2009; developed a ranking system for the world universities based on academic performances which determined by quality and quantity of scholarly publications -, Lebanese universities do not appear on the 250 institutions’ list.

According to the 2012-2013 QS World University Rankings, the American University of Beirut is ranked 250 and Université Saint-Joseph de Beyrouth 501-550.

Lebanon is already facing instability on all levels due to a diversity of internal and external factors; still, it could face more political and social instability if it under-invests in the education of its young generations.

OMG !! Thank you Dr. for this information. Precious, yet depressing...

Thank you Dr. Chrabieh for this post. Deconstructing myths about Lebanese Education system...
So Turkey, Israel, Iran and Saudi Arabi; even Egypt... before Lebanon.

This is an unfortunate situation and urgent measures should be taken. University administrations have to do something about it and of course, the Lebanese State.