Our history is not drawn linearly, it is a braid of stories! 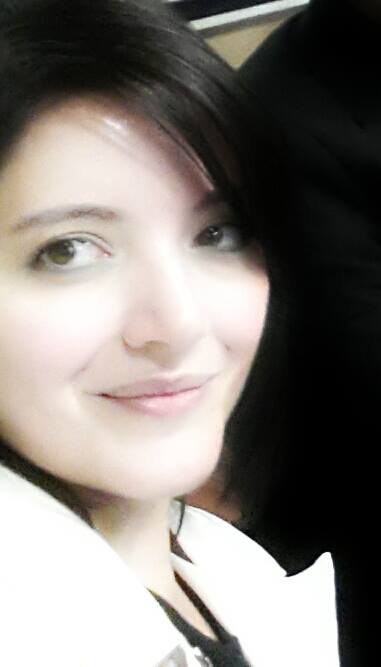 Dr. Pamela Chrabieh
(Balamand University, 21-03-2014)
I started to be interested in the war and peace issues in Lebanon when I left my home country to pursue my studies at the University of Montreal (QC, Canada). While living abroad, I learned that once the war grabs hold of you, it never loses its grip; it shapes one’s emotions, thoughts, attitudes and actions. It becomes part of one’s identity. Therefore, tackling the issues of war and peace is first, to me, a personal struggle, and catharsis, incarnated in my academic work, my artistic work and my activism on an individual level and in local, regional and international NGOs.
This personal struggle is linked to a collective one, to the common concern of other intellectuals and activists who advance the idea that confronting the war in its past and current dynamics, and the psychosocial aspect of the war, or the war of traumas and wounded identities within the Lebanese society – quoting the late Lebanese psychiatrist Adnan Houballah -, is necessary for breaking the war vicious cycle, and for political and cultural renewal. After all, we live in a country where the State encourages forgetfulness and political parties create sectarian interpretations of the war and disseminate conflictual discourses and images through different media.
I have closely studied the initiatives and visions of many peace activists in Lebanon since 2001. Let me refer you here to my book ‘Voix-es de paix au Liban” published by Dar el-Machreq in 2008, and Dr. Sune Haugbolle’s book “War and Memory in Lebanon’, published in 2010, where we show, through an analysis of different written and cultural productions how the recollection and reconstruction of political and sectarian violence that took place during the 1970s and 1980s war period contribute somehow to Lebanon’s healing process, or at least give hope for a better future. When I started teaching in Lebanon in 2007, I expanded my research to high school and university students – also refer to my book ‘La gestion de la diversité au Liban. Visions de jeunes du secondaire’ (Dar el-Machreq, 2009). As I see it, many of the reasons why a process of critical reflection on the past is absent in this generation may lie in the Lebanese Education system and the absence of extensive Peace Education.
In my paper, I present one of the many aspects of a qualitative research targeting 500 students in three universities: St Josef, Notre Dame and Holy Spirit – students I taught while using an approach I developed over the years, which I called the ‘Inter-human pedagogy’ – the characteristics of this pedagogy are displayed in my paper, as well as the theoretical frame, the major concepts and the application in my classrooms. One of the goals of my approach is to contribute to the needed memorialization process by shedding light on existing narratives of the past and encouraging young people to construct their own while trying to find common truths with others. This generation needs to receive specific attention, as it is the generation that inherits the experience of violence as still living memory, and which molds and converts this remembrance into some form of collective memory or historical knowledge. 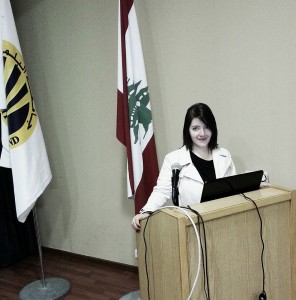 Dr. Pamela Chrabieh
(Balamand University, 21-03-2013)
The three main objectives of my research are the following: 1) To assess my pedagogical approach 2) To further understand the challenges of Peace Education and provide valuable insight on the advantages and difficulties of teaching and learning about war, peace, human rights, etc. in a university context 3) To identify the representations of war and visions of peace of university students, often neglected in academic studies and policy-making reports.
Two kinds of activities were used as ‘data generating’ platforms:  Storytelling activities on War and Art workshops on Peace. Storytelling activities in my classrooms included oral stories’ sharing and creative writing – at least 3 sessions per semester – with an assignment using Digital Storytelling.  As for Artistic Workshops, I ask my students to express individually and collectively their visions of Peace using Visual arts – at least 2 sessions per semester. In group workshops, students from different backgrounds learn how to create ‘shared spaces’ that may help them better understand each other’s beliefs and practices. Art can help them feel the pathos and waste of war and help to instill a desire and commitment to end war and work for peace. I believe that to create a culture of Peace, we must first imagine it and arts can help us do that.
The major methodologies of data collection I used are that of Storysharing and Participant Observation, and methodologies of Analysis are the Narrative Analysis and the Analysis of my field notes. Details are found in my paper.
The following table presents the students religious and political affiliations, as well as their social-economic status:
52% Women, 46% Men, 2% Other (Transgender, Queer…)

Here are few of the many themes I identified when analyzing the collected data:
War memories versus a culture of silence
Based on a survey I conducted in my classrooms, about 40% of the 500 students, all born in the 1990s, were not able to tell stories of the past. They knew very little of most of Lebanon’s history. Many of these students’ parents were not affiliated to political parties, or they were ex-militia who never raised the war subject at home. According to these students, they “never experienced the wars in Lebanon”.  However, while 30% preferred following the ‘blank page’ approach, believing the prospects of ending conflict were bleak, or the ‘wait and see’ approach, saying that to be Lebanese is to be in a constant state of wait, by the end of the course, 70% were seeking ways to cope with the memory of past violence in order not to repeat it, and to work on healing wounds.
Inherited (Micro-Macro) War Memories
60% of the students told stories about how their parents experienced physical war during the 1970s and 1980s. Stories of bombings, shelters, every day survival tips, death in family… Few shared what they experienced during the summer 2006 combats.

’My father taught me the basics of shooting guns when I was a child. He never clearly explained why he thought it was important for me to be trained, until the events of May 7, 2008 (when inter-sectarian clashes in Beirut occurred). He told me then ‘Do you see why I taught you how to fight?’

This is what I call the micro level of inherited war memories or micro trans-generational narratives.
As for the macro level of inherited war memories or macro trans-generational narratives: at least 70% of these students associated with a certain collective narrative. According to the pro-Kataeb students, the starting point of the war in Lebanon is the presence of Palestinians who wanted to expand beyond the refugee camps, thus attacking Christians and the Lebanese State. According to the pro-Leftists students, the right-wing Maronite Christians held great power and did not want to share it with others, thus creating social and political inequalities. Other students named Israel and Syria to be the only responsible forces at the basis of wars in Lebanon and their continuous ‘fuel’. Some blamed colonial powers such as Great Britain and France following the end of First World War and the dismantlement of the Ottoman Empire. Others blame the Ottomans, then the Turks, or the Cold War between the United States and USSR. Also, some students described the wars in Lebanon to be only civil wars and in particular Muslim-Christian conflicts.
Furthermore, historical events were made to fit the individual narratives, by being added to or excluded from the narratives. For example, when students were asked about the massacre of Palestinian civilians which occurred in Sabra and Chatila refugee camps in 1982, many acknowledged the Israeli responsibility while dismissing the right-wing Christian Lebanese Forces’. When they were asked about the conflicts in Mount Lebanon between Christian Maronites and Druze, those who identified themselves as being Maronites only recalled the massacres of Christians by Druze. Similarly, anti-Hezbollah students failed to acknowledge the numerous Israeli invasions and occupations of Southern Lebanon.
War memories: from hatred to conviviality
There are students who portray peace as the elimination, deportation or destruction of the ‘other’, perceived as an enemy, while backing their vision on a particular perception of Lebanon’s past.

Two people with their own different beliefs and perspectives concerning life, and life goals, can never unify and become one in a same country, especially if one people dominate the other by the use of force (i.e. Muslims and Christians).

Also, there are students who think that peace is achieved when sectarianism (as social-political system and attitude) is abolished, or even religions.
However, a large part of the artistic work produced showed students had positive attitudes toward others. Positive war memories were being shared in the classroom, especially stories of interreligious/inter-sectarian dialogue and conviviality. A student argued that peace comes with “the acceptance of the fact that I am a rock among many other rocks, here to stay, but nonetheless working in harmony with other rocks to allow the structure to stand”. Another student associated the idea of being Lebanese with “living in a plural society and respecting the opinion of others”.
In fact, at least 65% of  students see peace as harmonious relations between Lebanese, whether interreligious/intersectarian or inter-human. It was clear in their artistic work, interventions in class and written assignments. One of the students drew a musical key with the caption “we are all part of the symphony!”. Another student used a famous juice ad slogan. He drew a carton can of juice, and then added all the different denominations which form Lebanon as if they were the main ingredients, with the slogan “There is a little bit of Lebanon in all fruits!”.
Conclusion:
My research revealed that despite the ongoing violence, participation in various activities in class yields positive changes in perceptions and relations. Storytelling activities reveal emotional memories, whether conflictual or convivial, that are passed on from generation to generation, allowing individuals to both relate better and distance themselves critically from macro historical discourses; allocating them also to re-discover and understand the pain endured by their family/community, as well as the pain of others, and to recognize that the diversity of memories should be gathered to build a national memory.
Many of the narratives I have collected and then analyzed as part of my research were not experienced by the storytellers themselves. These stories belong to the students’ parents, friends, colleagues, political parties, sectarian communities… Despite this weakness, the process of re-encountering these memories as a mirror of the storyteller’s own experiences of physical violence or as a trigger that will force the storyteller to critically reconsider their family and political party’s narrative is in itself extremely valuable. As such, these stories become an integral part of their own autobiographies, history and identity.
Along with dialogue occurring in the classrooms. these stories have a far wider scope than the lifetime of individuals. They belong to Lebanon’s history. This history does not operate through a linear juxtaposition of facts, but through the co-presence of historical subjectivities. History emerges as a patchwork of truth’s fragments, not as a missing link in the quest for progress. Such a vision of history would help deconstruct the current top-down approach to teaching the history of Lebanon, responsible for promoting political disempowerment. It will develop a shared vision of the past, present and future. “Our history is not drawn linearly; it is a braid of stories”.

This is the summary of my paper “War and Peace Representations in the Lebanese University Context (Introduction to the Inter-Human Pedagogy)”
Balamand University, Lebanon, 21-03-2014
‘Identity and Conflict in the Middle East and its Diasporic Cultures’ Conference
Posted by Dr. Pamela Chrabieh at 3/30/2014 5 comments: 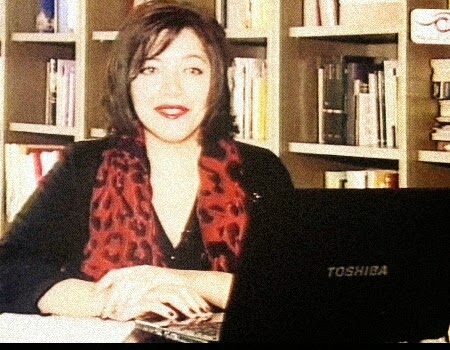 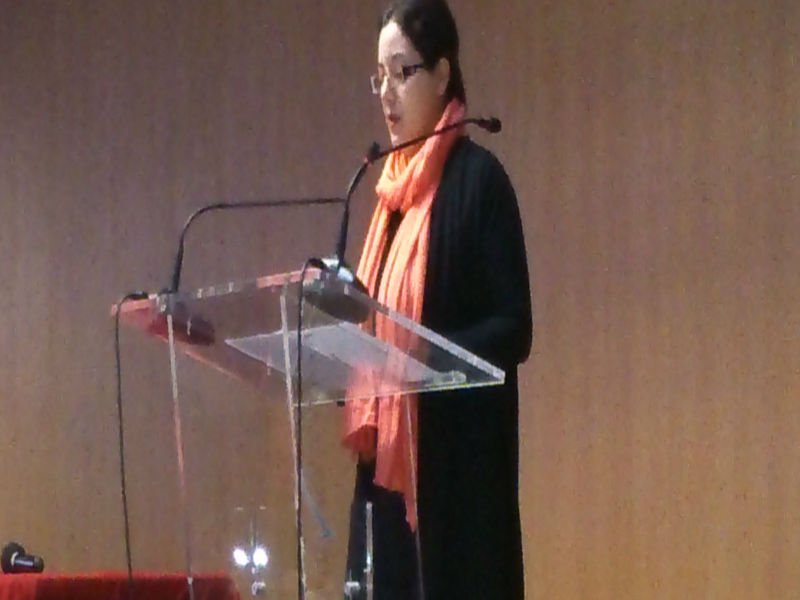 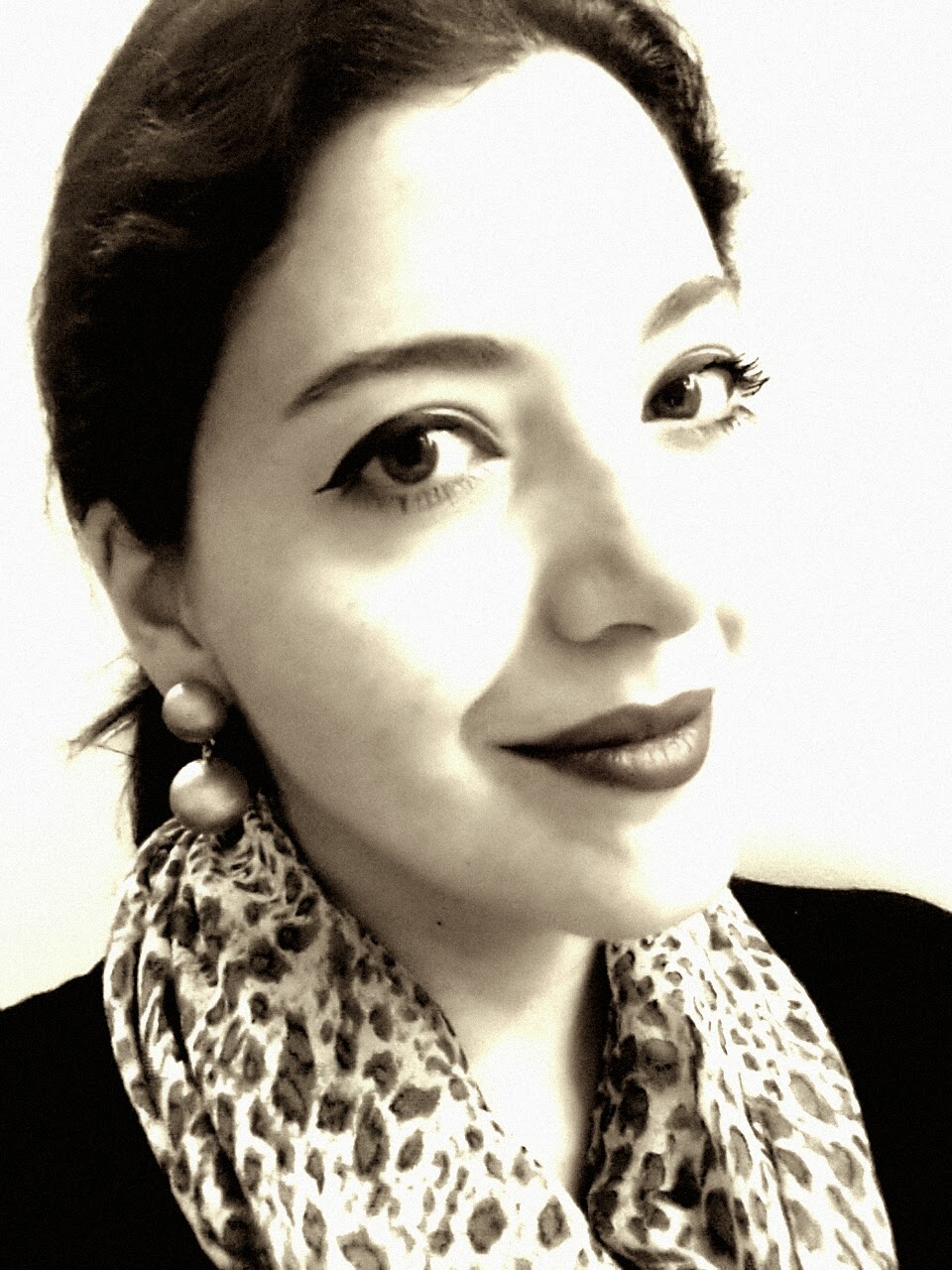 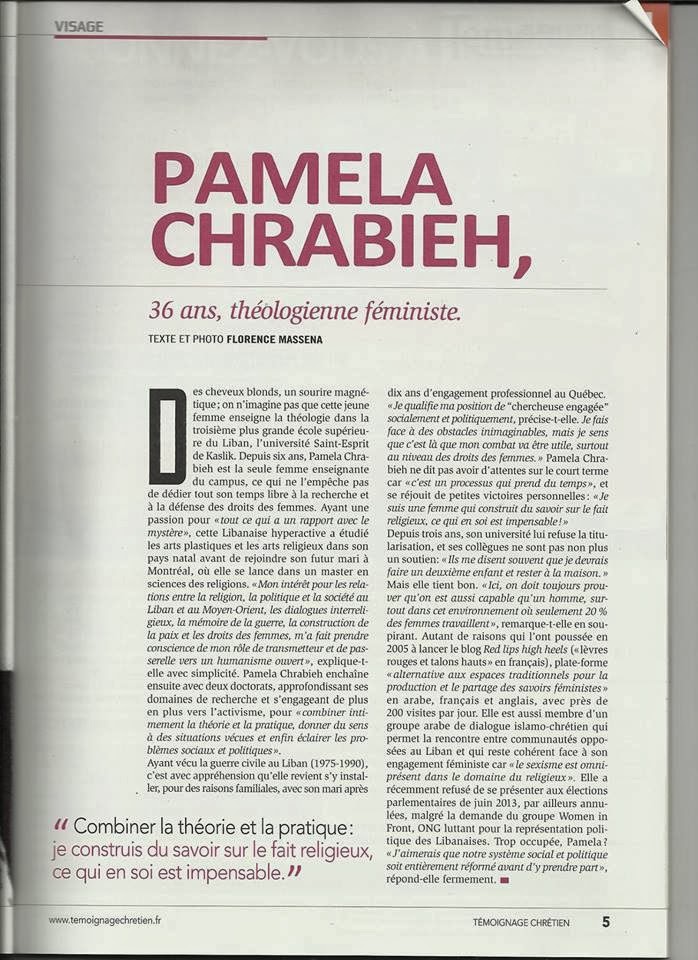 Inter-human Pedagogy in Lebanon: Vision and Practices in the University Context

My upcoming talk at Balamand University, Lebanon.
"Inter-human Pedagogy in Lebanon: Vision and Practices in the University Context"
21-03-2014 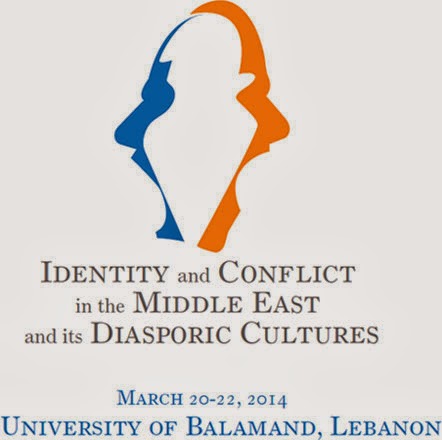